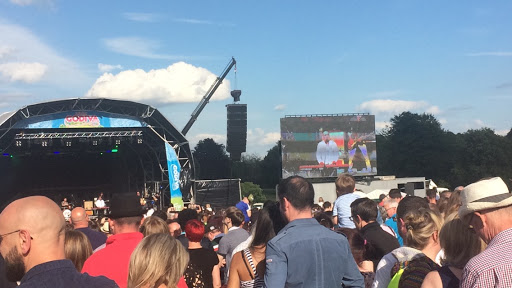 So, guess who forgot to publish a blog post yesterday?
I’ll be honest with you, I had a ridiculously busy weekend which I will fill you in on later. I hate missing deadlines and hate being late so at half 11 last night when I realised my weekly Sunday blog post wasn’t going to be up in time – it was time to panic!

Have no fear the post is one day late, so an extra day to improve right?

This week has been a good one. Firstly I started a new job which was an absolute life safer. Being a student living at home for summer I can either mope around at home doing nothing all day or get out there and earn some money because quite frankly being off for 3, almost 4 months is incredibly boring.
I had an interview last Wednesday and was offered the job later that evening! The weekend was two long days of training where I met lots of lovely people all in the same boat as me [things like this make me seriously anxious] and it wasn’t even that bad. There was way too much information to take in, but I don’t mind learning as I go along.

I better you’re wondering where I work now?? I will tell you as long as you promise to come and shop there! I’m at House of Fraser in the jewellery department, which is pretty much a dream for me because I am obsessed with jewellery. You can never have enough earrings, rings, bracelets and necklaces! The only issue is since I’ve been working there I have had my eye on the super expensive brands and I need to make sure I control my spending.
Everyone that works there is lovely and really welcoming, everyone that walked past the stand introduced themselves and made me feel really comfortable. I felt a little more at ease considering I had to man the stand on my own I knew there were plenty of people around me to help if I had a crisis. I also saw a few familiar faces, those who I had been introduced to at my interview and had wished me luck.

There is always something to do which is how I managed to run around like a headless chicken on my first shift because there wasn’t enough time in the day.

Okay so first day dramas are bound to happen, looking back at this now I can laugh it off but I was so stressed – worry bean level was in overdrive.
When starting a new job, school or placement most people want to turn up on time or at least a good 10-15 minutes early. I am one of those and I had to be early, with a hundred and one questions to ask, the anxiety had already begun to kick in.

I found myself sprinting around the store before it had even opened getting everything I needed to be ready for the onslaught of customers waiting outside the door. I got to the stand with my keys for the cupboards and all my essentials to get me through the day. Only there was one problem, no key card. I couldn’t sell anything to the customers because I couldn’t use the till without one. I managed to get hold of one and when I was making my first transaction and the key card didn’t work! I grabbed the nearest colleague to help out which turned out to be the store manager and he was really kind about it, but I was dying inside.

So the drama died down after the few hours of crisis and I survived the day!
My second day was a whole lot better, probably because I had got to grips with how everything worked and I was much more relaxed. I spent time cleaning the stand and organising the cupboards – yes I am a clean freak and I was a great deal calmer. One of the ladies who I had met at my interview showed me how to cash up and I was done for the week.
I really think I am going to enjoy working at House of Fraser, there are so many positives vibes and I had a lot of fun.

The busy weekend didn’t stop there although I spent my time on Sunday socialising I was absolutely shattered. The Godiva Festival was on in Coventry, a free event that has four or five tents/stages with entertainment and music. The headlining act on Sunday was Scouting for Girls and the atmosphere was crazy. I had a wonderful day out with some of the gang [my friends from sixth form] and we danced, sunbathed and I was so so happy! 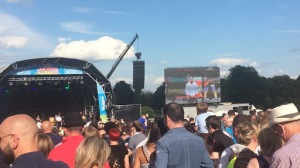 We finished the day off with a barbecue back at Ben’s house and drinks around a campfire.