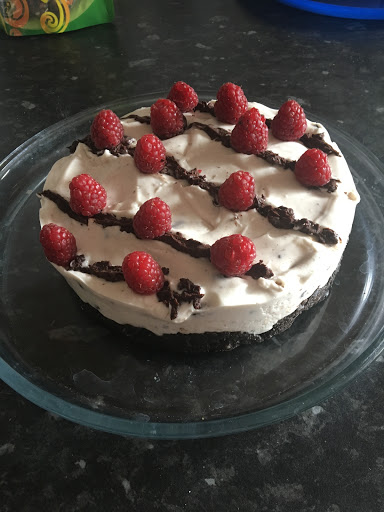 I have been meaning to post the recipe for this cheesecake for a good few months so considering it was International Cheesecake Day on Sunday (30th July) I thought now would be a good time to share it with you all.

I made this beauty for a yoga workshop that I went to at the beginning of June taught by the lovely Paula, have a look at the blog post I wrote about my experience with Iyengar Yoga here. I will try and publish an update on my yoga life soon. People that attend the workshops usually bring cakes, biscuits and a vast array of other vegan goodies! I decided to challenge and create a vegan cheesecake because I had never made one, to be honest, I don’t think I have ever made a cheesecake.

I followed the Vegan Oreo Cheesecake recipe by the lovely Holly Jade aka The Little Blog of Vegan, which is a couple of years old now but still a classic. 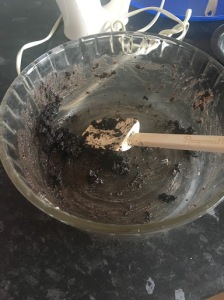 4. Blitz the oreos in a food processor until crumbled, or take the slow approach and let our your anger with them in a bag with a rolling pin – like I did!
5. Add to a bowl with the melted margarine and mix well
6. Spread the mixture into a round cake tin and press right to the edges. Place in the freezer whilst you prepare the filling 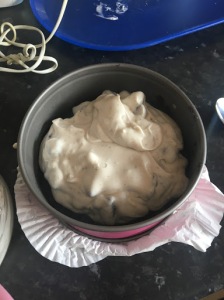 7. Mix the cream cheese, 1 tsp vanilla and caster sugar with a hand held whisk until light and creamy

8. Break up the remaining 10 oreos and add to the cream filling and fold in the coconut cream mixture made earlier
9. Spoon onto the base and spread out, then decorate. I topped mine with melted dark chocolate and raspberries. Then freeze for 20-25 minutes to set 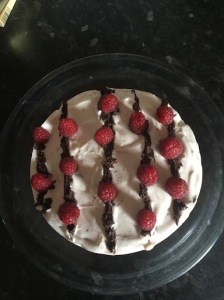 Until next time,
Neneh x