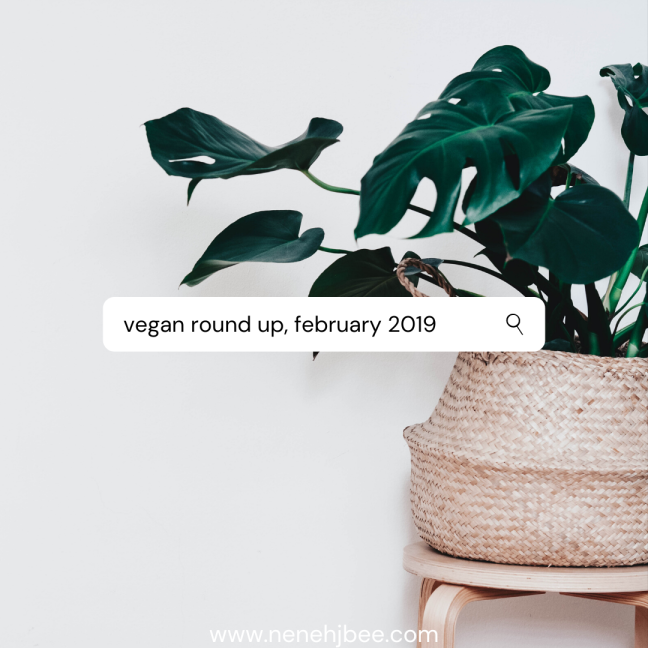 I have to be honest I thought the vegan releases would slow down a tad after the storm of Veganuary, but many brands are still going for gold this month.

ASDA
One of the supermarkets that are always on point with its vegan options, is ASDA which released the Squeaky Bean range in 300 of its stores. The range of ‘chicken’ nuggets, knives, and ‘fish’ fingers were introduced to keep up with the demand for more vegan options and it all looks delish!

Vegan Satay Kievs by Squeaky Bean. Available in @asda NOW. “It’s like being transported back to childhood!” – have a try and let us know if you agree! #dirtyvegan #beanspotted

La Fauxmagerie
This is something I thought I’d never see, the first ever entirely vegan cheesemonger opened in Brixton, London. La Fauxmagerie sells award-winning cashew, almond, soy, and brown rice-based cheeses from UK based brands and the dairy industry is quaking in their boots!

We have a shop front! Finishing up a few bits and pieces until we open this Friday!!

The OG dairy-free ice cream brand has brought out two new flavours; cinnamon with toffee sauce & almond pieces and coconut with blueberry sauce & coconut sprinkles. The new products are available in most major supermarkets, someone get me that cinnamon ice cream.

Pizza Hut
Another monthly mention for the chain who have now launched a vegan menu. They introduced vegan pizzas to their menus back in 2017 but with a dedicated list of vegan BBQ Jack n Cheese, vegan Virtuous Veg, cinnamon bites, and more!

Guess what?…Over 28,000 people have enjoyed our Vegan Pizzas throughout Veganuary, so we're going to add the delicious Jack 'N' Ch**se to our menu permanently from March onwards. Watch this space 😎🌱🍕 #PizzaHut🍕 #TasteFreedom❤️️

M&S
After the launch of Plant Kitchen, you’d think Mark’s and Spencer’s could do no more but the big brains at the supermarket created vegan ‘heart’ beet burgers in time for Valentine’s Day, cute.

For those asking for a vegan love sausage we have the perfect alternative to get your ‘heart-beet’ racing! Introducing our delicious Heart Beet Burger, available in stores now ❤️ Made with beetroot and sweet onions, it’s part of our newly launched Plant Kitchen range for a limited time only – so grab yours quick! • • • #mymarksfave #valentinesday #beetburger #vegan #plantkitchen

Greggs
An honorable mention to Greggs whose shares have risen more than 10% to the highest ever level since the launch of their vegan sausage roll.

Until next time,
Neneh